intuitive ideas without precise mathematical definitions. This means that if we pick any

positive number, say e , and construct an open interval on they y-axis that extends e

whether the limit exists and what its value is

In a limit problem where the numerator and denominator both approach zero, it is  sometimes possible to circumvent the difficulty by using algebraic manipulations to write  the limit in a different from. However, if that is not possible, as here, other methods are  required. One such method is to obtain the limit by 'squeezing' the function between  simpler functions whose limits are known. For example, suppose that we are unable to  show that  ®ax lim f(x)=L directly, but we are able to find two functions, g and h, that have  same limit L as x®a and such that f is 'squeezing' between g and h by means of the  inequalities g(x) £f(x) £h(x) it is evident geometrically that f(x) must also approach L as  x®a because the graph of f lies between the graphs of g and h.  This idea is formalized in the following theorem, which is called the Squeezing Theorem or sometimes the Pinching Theorem 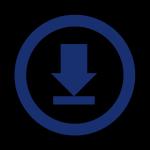